Yesterday I went to see an former colleague, Kristoffer Ahl, holding a talk about git flow. The talk was very interesting since I have been using the git flow structure with mercurial for about a year. One thing that was really neat was the gitflow tooling. I had no idea that there was a nice toolkit for helping maintain the gitflow structure. Of course i had to see if there was something similar for mercurial, and of course there is.

It’s called hgflow. I just tired it out quickly and decided to do a quick writeup of it. The gist of it is the following:

Go about coding and commit as you go…

Go about coding and commit as you go…

…and a release has been made! And if you have a look at your source tree, it would look somthing like this: 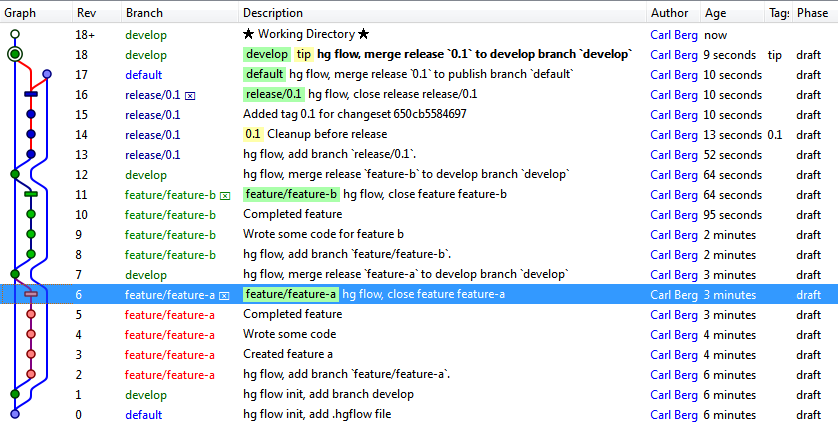 I will go about testing this out from now on and will post any gotchas along the way!